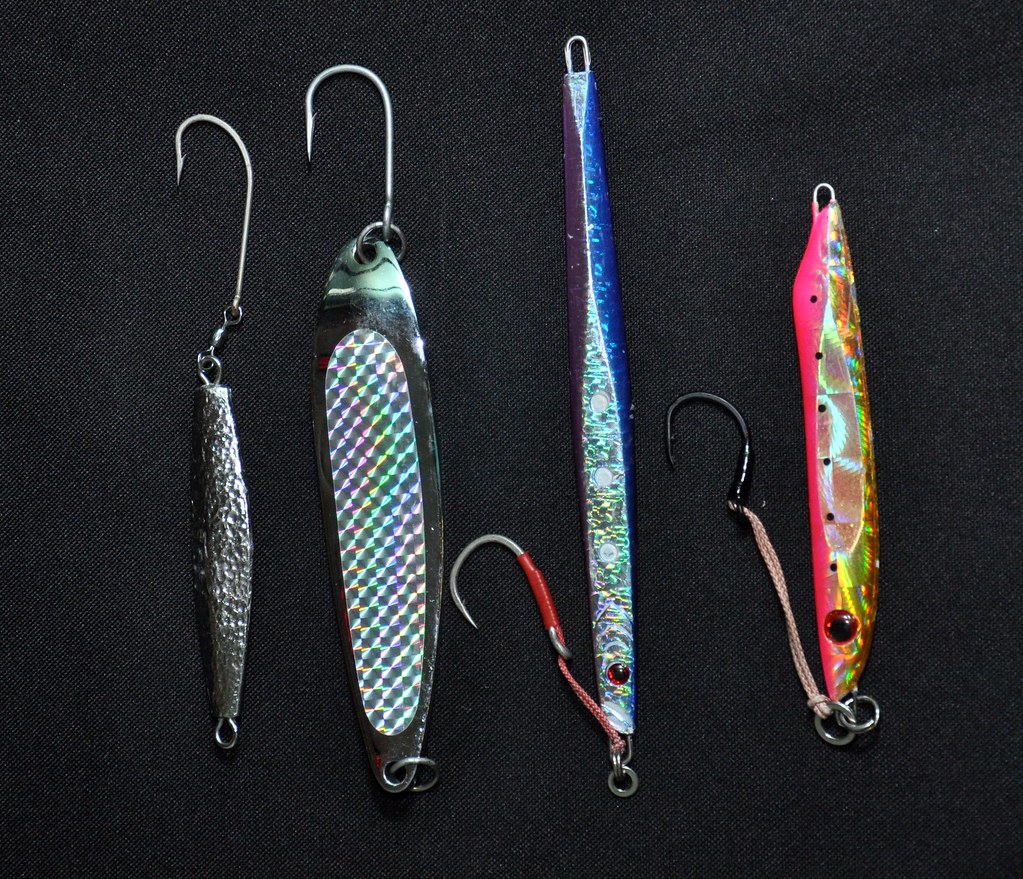 Spoon fishing is a modality in which a specific type of lure is used to be able to bite the prey. This has a leaf shape and is made of metal . When it is being fished it rotates in a similar way to a propeller and this creates vibrations that could be compared to those produced by the movement that some small fish have, indicative, for the larger ones, that they are there.

The way in which operations are carried out with this type of lure is as follows: The spoon activates an organ in the predator fish, called the lateral line, at the moment it begins to rotate . This system makes the fish feel the movement of objects at a distance and even the changes produced in the flow of water.

It is in this way that even the smallest fish can defend themselves against their predators, thanks to that special detection they have. Practicing this fishing modality, the imitation of the fish also takes place by means of flashes in the water (in sight) and the creation of sound waves in the water (hearing); Quite a sensory combo!

Teaspoon fishing is used, above all, to catch certain species such as trout, pike or largemouth bass , as they are the predators most attracted to this type of lure. It is also a suitable modality for salmonid fishing in areas with little current or under grasses and branches.

The equipment we need to fish with a spoon is very basic and easy to get , so it will not be a great investment.

What is necessary to be able to practice this modality is:

There are several tricks for spoon fishing. Next, we review the most significant:

How to choose the perfect fishing spoon and what types are there?

For teaspoon fishing we have to take into account many different circumstances, such as the flow of the river, its depth, the weather, the green that the river has or not. Therefore, there are different types of spoon, to be used according to each case.

Classification according to the shape of your shovel

Next, we will classify them according to the shape of your shovel:

It is a teaspoon that has a wide shovel. Due to its shape, it rotates a lot in the water and makes it quite separate from the axis, forming a 90 degree angle with it. This type of shovels are used mainly in rivers. They are perfect for upstream fishing, where we cast and attract the prey to our position, being the way in which the fish has less time to act.

It is a lure a little wider than the previous one. It is an intermediate type of teaspoon compared to the others and it is not usually used too much by fishermen. The one that is most used is the one whose design has a black background and yellow dots since, on certain occasions, it is the most useful. It is used in clear water, since it does not require flashes and it does not scare fish. It can also be used in murky waters, because here the black background also looks very good.

It has a very narrow blade that ends in a point. Due to its narrowness, very little friction force is exerted with the water. For this reason, the rotation of the spoon is very close to the axis. This type is perfect for fishing against the current or throwing down and collecting in the opposite direction or when we want to launch towards the other end of the river and collect in an arc. It is suitable in standing water or where there is no current variation.

What Is the Trap and What Is Its Origin and History?

What Are Fish Traps and What Uses Do They Have?