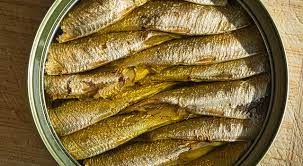 Definition and meaning of fishing preserve

We are going to know the meaning of the concept ” fishing ground ” in all the different ways in which it can be defined.

The most basic definition of the fishing preserve is a body of surface water, natural or artificial, delimited to practice recreational fishing , without commercial or labor purposes and from which its owner obtains profit.

Definition according to regulations

In accordance with the provisions of the regulatory regulations in Spain in its Law 6/2002 on the protection of aquatic ecosystems and regulation of fishing, we have that the fishing preserve is, like the fishing areas, a Special Regime Zone.

Inland waters are classified in these regulations in two ways: Free Zones and Special Regime Zones . The former are the Free Zones in the Traditional Regime and the Free Zones without death. To the second, as we have already indicated, Los Prestos de Pesca and Vedado de Pesca.

The fishing preserve in regulations is defined as a course, section of course or body of water in which, temporarily or permanently, fishing is practiced for a purely sports purpose . This is regulated, so that resources are used in an orderly manner and always maintaining objectives that allow for their sustainable management.

In addition, it requires a permit and must be properly marked.

A classification of these is made, which is as follows:

Beyond this definition of a fishing preserve, which is the one we all use to use, know that this name is also given to the following water areas:

How to Fish on Rock From Groynes and Piers? Fishing Tips and Tricks