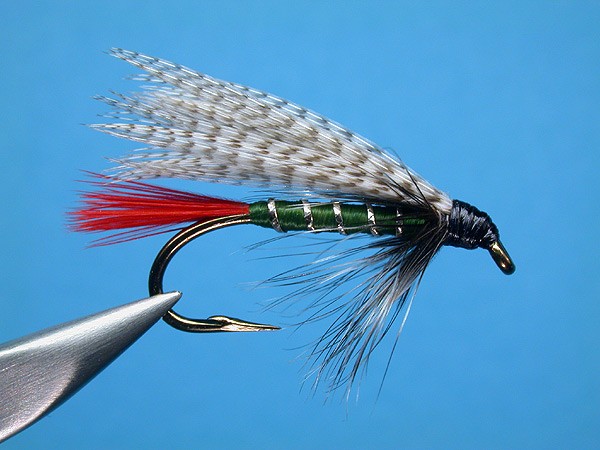 Nymph fishing with threads is a type of fishing that could be considered within the form of fly fishing . Although this is not too important, since it is very particular to classify it in one type or another. In recent years it has had a very high boom, seeing a significant number of adepts due, above all, to the fact that it is taking to the world of competition. This is where the conditions have been greatly improved and innovations have emerged that stand out considerably.

The person who has elevated this modality to reach fame in Spain has been Pablo Castro Pinos . He is the one who continually experiments with the materials and constantly improves the anglers who are more fond of nymph fishing.

This modality allows us to carry out fishing days in deep areas of rivers where the current is quite strong . In fact, it is done in those times when, if we wanted to fish dry fly, we couldn’t because of the harsh weather.

This consists of fishing using only a line , which is generally brightly colored. The most widely used shades are fluorine, such as yellow, green, orange or even white. This type of coloring helps us to always know where the nymphs move and, in addition, to focus much more on the bites, guiding us not only the movements that occur in the thread and that can so tire our eyes.

In any case, these colors can be seen better or worse depending on the type of water where we are and, therefore, each fisherman should be the one who selects the one that interests them according to the situation they are going to be in. In any case, it doesn’t hurt to always take different clothes with them, in case the day goes wrong. The line is tied to the tippet through a tailpiece and an end where the two nymphs that give the type of fishing its name are located.

Next, we are going to give a series of tips that should be taken into account in the event that you are starting to practice or it has caused you interest if you did not know this capture method. Be careful, according to the rules, it is possible that some of these tips are incompatible with competition.

Nymphs should be allowed to deepen

People who start are fooled because, after launching the nymphs, they tighten the thread and this generates an erroneous feeling of sting. You have to be patient and, therefore, at the moment the cast is made and the nymphs touch the surface, you must release enough thread so that they can go deeper. Although you can also throw the nymphs above the stream, while the thread is loose. Thus, the current will be in charge of taking the nymphs to the most convenient depth.

Holding the thread in the fishing action

This is presented as a hobby of each fisherman, although it is true that for beginners the most recommended thing is to manipulate or hold the thread with both hands. The index finger of the right hand must hold the rod (otherwise if you are left-handed) and exert some tension on the thread in order to control the bites. The left hand is the one that accompanies the nymphs in their drift by the current and exerts a small pull at the moment of the dive.

The secret to mastering this type of fishing is to derive artificial nymphs in the same way that natural nymphs would . For this reason, a very successful custom is to make the gesture that corresponds to the dunk before starting any other set.

A change of position to another area that seems more appropriate should never be ruled out, even if we have already explored it. In many occasions, a change in the trajectory can also offer us a change at the level of bites.

The meaning of the water is a fundamental detail . With this we will solve the location that the fish must have and we can get an idea of ​​the number of specimens that may have been located in the area where we are.

At the time of casting , nymphs should be prevented from falling into the water before the thread does so as this can present a problem of deep braking. To remedy this, the rebound effect technique is used. This means that when the bass is stretched, the nymphs bounce backwards, since it is relaxed and with a greater depth margin.

On the other hand, in the technique the way of holding the rod by the fisherman comes into play , since this has a direct implication with the effectiveness of the nailing and the speed . Therefore, the recommendation is that the elbow is bent at a right angle, with the biceps parallel to the water.

The design of the nymphs is also very important . There are many possibilities and, to the extent possible, you have to play with many of them. They must transmit life, so that the fish want to eat them or tie them up. For this, you can use pheasant or hare hair . Rat hairs are also often used in the design, although not many users prefer it.

In the event that you dedicate yourself to the competition , the recommendation is to use the so-called pellets. These are nymphs conceived in a different way, that respond to varnished flies, with another type of design much more prefabricated.

Although, without a doubt, the most refined technique consists of observation . If you look at the waters where you go fishing, you will see which nymphs or larvae are the ones that form and the insects that hatch, which has direct implication in which you must use to be totally successful.

How to Fish on Rock From Groynes and Piers? Fishing Tips and Tricks