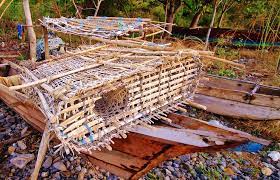 A fish trap is a fishing tackle used to catch the specimens by making them enter, by various methods , a closed or semi-closed enclosure from which it is really difficult or, in fact, impossible to escape.

Obviously, its main use is the capture of aquatic animals without the use of a rod, but being the same ones that enter the previously designed enclosure.

These gear is used when we want to fish differently , in areas where we know that, directly, they are more successful than rod, when we do not want the specimens to be injured, if we only want to observe them for a short time, to get hold of many pieces (always depending on the size, of course) …

Types of fishing traps Which is the most recommended to choose?

We can make a different classification of this rig according to various points such as the waters where it is used, its manufacture or consider how the FAO considers them. So, we have.

Depending on the water where we use them:

As the type itself indicates, they are tangles that are used in seas and oceans, that is, in large bodies of salt water. For this reason, its main characteristics include:

In the case of river traps, we have to say that these are used in fresh water, of course, but they are also sometimes suitable for use on shore:

Considering its manufacture we have:

They are those that have been manufactured by companies, considering a design made by professionals as well as an optimal manufacturing process that includes specific machinery and materials to obtain the best results. There are very varied (and increasingly) but the user is always conditioned by existing models.

The homemade trap has as a positive point that the fisherman makes it completely to his liking in terms of size, weight, materials, number of openings, bait areas and others.

By cons, we have that the quality cannot be as high as if its manufacture is commercial because we have both materials to be at home as well as manual techniques or domestic machines.

The FAO, which is the part of the UN that deals with aspects related to agriculture and food, offers us the following classification of fishing traps:

The fishing pot is a trap net with a structure similar to the typical mosquito trap that we do with a bottleneck, with a wide entrance and a path that narrows to go to die in a wide area but from which, because of the narrowing of the neck, you cannot get out.

It consists of a cone-shaped structure whose circle or base is usually made of wood or metal and which also has a body with metal, boards or vegetables such as bamboo.

It is a fence-shaped rig with a structure of wood or bamboo that is joined by vegetable fibers and that include rope drop doors.

It consists of an artificial shelter formed by shrubs or branches. The attraction of this rig is that it appears to be a shelter for the animal.

Tamponade is shaped curtain of a connective pipe two zones using water gill net and the atarraya , where copies will fall when jump.

Stone structures result that form difficult and impossible paths to dodge or undo.

All About Fly Hooks

What Does Fishing With Thread Nymphs Consist Of?