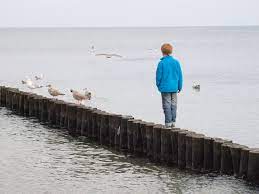 How to fish on rock from groynes and piers? Tricks for successful rock fishing

Fishing in rock is one of the simplest modalities that exists in the world of sport fishing . In fact, many fans enjoy the thousands of places we have to be able to carry out this hobby calmly at any time of the year, having good catches and doing the activity in a simple and pleasant way.

Stone fishing can be carried out from many points , both from a local pier on any given afternoon and from paradisiacal destinations located in remote corners. But to be able to fish in rock successfully we have to follow some of the advice and remember some considerations that appear below; Only in this way will you make your journey fruitful.

In the case of wanting to find small fish (something common when practicing rockfishing ), it is best to carry out the task in the areas closest to the rocks. This is because in this way, by throwing some food (for example, bread) or small baits, we will be able to closely observe the movements of the fish, which do not hesitate to approach eating.

The lighter the equipment, the better , especially if you intend to capture from within the catwalk. You don’t need the cast to be too long, so the line shouldn’t be overloaded. Another trick would be for the fishing to take place in the hours when the tide is up.

These types of fish are found in areas further away from the shore. Therefore, the key is in the cast we make. Hence, the material we use is of vital importance. In fact, the gear must be larger than for small fish, especially if we fish in the final area of ​​the pier.

We must choose a jetty that goes several meters into the sea, so that the catches are of considerable size and more varied. This area, not being so populated with people, makes the most fearful fish go outside. We must be located, precisely, at the tip of the jetty.

The best technique for fishing is jigcasting . As an example, we can join a Hart Bony jig , since it is one of the most effective for groynes. We must alter short sets with long ones so that the cleverest fish do not realize that we are trying to deceive them.

Remember also that, when casting the rod , the fisherman must be supported to avoid falling into the water; something obvious but always worth remembering, especially those who, in addition to rock fishing, alternate different fishing modalities .

Launches that endanger close people should also be avoided, due to hitting with other rods or hooks with hooks, something quite common in busy groynes that has even led to the prohibition of activity from these, especially in ports.

What material to use to fish from a jetty?

The material to be used, as we have said in the previous section, will depend mainly on the type of catch that we intend to obtain. Fishing rods should always be a minimum of 2 meters in length for small fish and about 4 meters to catch larger fish, as we need to make somewhat longer sets.

In the case of fishing lines, the rods can have several to have a greater range of species to reach. If we intend to catch small fish, they must have lines that go from 6 to 8 kilos . On the contrary, for more voluminous and dense species, we must go from 10 to 24 kilos , playing with various combinations to have more help when removing the fish.

Other important accessories are buoys and sinkers . In the case of faster waters, those with a sphere shape should be used, since they are the easiest to handle. Nets can also be used, launched at the moment the waves pass and instantly withdrawn.

The bait that is used is also going to be absolutely conditional , so you can use small species of live seafood, such as prawns or crabs, in addition to the typical earthworm baits. Also, you can use semi-hard bread, where we will embed double hooks or triples to extend the catch.

Of course, these are only recommendations, since each fisherman must select the equipment that interests him the most and with which he feels most comfortable ; You can not imagine the surprises that we sometimes get with equipment that, in theory, are not so suitable!

Best species and dates to fish from groynes

In summer , we have a large number of species to fish from rock. Among them, for example, we can find bream and bream. The latter is recommended to capture especially during the day, between 10 and 21 hours. Then, you can also fish the anchovy . This one is great for sporting events, due to the jumps it takes at the moment of capture and its fighting spirit, creating a really pretty scene.

On summer nights, the sargos will be the most localized since they approach the areas where the changes of wind or the churning of the sea occur.

The white pigeon is a species that begins to be fished in April and can extend until the months of November. It moves in large banks to catch smaller fish, so if we locate these fish, we can get more than one.

Black bass also chooses these dates to appear, but, above all, you will see it in early summer. Its great enemy is excess heat, so if we look for it in August, we will have to do it in deeper areas.

Fly Boxes, For All Tastes

Fishing Spears in Surfcasting, Tricks and Techniques to Throw the Rod Further